When our Golden Retriever was a puppy, he would ask to be picked up almost every morning and enjoyed cuddling for 30-minutes or so.

Of course, I couldn’t say no to him (he was just so darn sweet), but these cuddle bouts got me wondering; do Golden Retrievers like to cuddle?

Golden Retrievers like to cuddle. Gentle and friendly, the Golden Retriever is an eager-to-please family dog. The breed is known for its reserves of unconditional love, and they enjoy bonding with family and other dog-friendly people by sharing attention, affection, and cuddles.

At first glance, the Golden Retriever might not be an obvious candidate for a cuddly dog.

Goldens are a medium-large dog breed and were bred for fieldwork and retrieving waterfowl.

Golden Retrievers, especially puppies, possess a high level of energy and are very active. The Golden is outgoing and intelligent and enjoys being active.

The breed excels in obedience and competitive events and loves to play.

One might think that the Golden Retriever’s size and energy make them less inclined to enjoy being cuddled.

Yet nothing could be further from the truth.

The Golden seems just as happy enjoying its downtime by receiving and giving affection to its family.

Whether it’s sharing the couch during a Netflix binge, a belly rub, or napping on your feet, the Golden Retriever loves to cuddle.

It would be an unfair generalization to believe each Golden Retriever is the same and they like to cuddle.

And while most well-adjusted Golden Retrievers like to cuddle, some do not.

Like all living creatures, circumstances can affect our quality of life to varying degrees.

Golden Retrievers with injuries or health issues, and especially if experiencing pain, may not seek affection to the degree (or at all) that a healthy dog would.

Socialization plays a part, as well. Puppies without proper socialization can become shy and withdrawn.

Removing a puppy from its mother before eight weeks can also negatively affects its social behavior.

Equally important is proper treatment and training. Golden Retrievers are a sensitive breed and do best with positive training techniques.

Conversely, harsh training, abuse, or punishment may cause a Golden Retriever to become fearful or withdrawn.

Gender may also play a role.

For example, some people believe female Golden Retrievers can often be more independent than their male counterparts and less inclined to seek the same level of affection as a male.

While others might say, males are harder to train and less obedient.

So, yes, as a general rule, Golden Retrievers like to cuddle. I think that is safe to say, and most Golden owners would agree.

However, that raises the next obvious question; why do Golden Retrievers like to cuddle?

As a whole, Golden Retrievers may like to cuddle with us because we like to cuddle, and they are eager to please us. Other reasons could include teaching them and reinforcing the behavior, cuddles being part of their friendly and affectionate nature, and love.

Golden Retrievers are beautiful looking dogs with their long coats of gold, short ears, straight muzzle, and most notably, their expressive eyes and facial features.

Combine these striking traits with an eagerness to please and a joyous attitude, and it’s darn near impossible to resist them.

And let’s not forget about their infectious energy.

What person can’t feel their heart swell when a Golden Retriever greets you with their full-body wiggles and cheerful demeanor?

Be it first thing in the morning or returning home from work, you feel like you are the most important person in the world when greeted with such enthusiasm and joy.

Even stepping out of the room and back can elicit a welcome back celebration from the Golden Retriever.

The Golden is equally adept at taking a more subdued approach to elicit cuddles.

You’ll often find the intelligent Golden with its head on your lap looking up at you or sitting in front of you gazing into your eyes.

Or they’ll flip your hand with their noses.

You guessed it, cuddles.

Yes, they love affection, and they are very well-schooled at getting it from us. And give it we do.

We enjoy sharing cuddles and attention with our Goldens. We enjoy giving them pets, scratches, and belly rubs.

It makes us feel good that they feel good. After all, as humans, we tend to gravitate more to people who seem to like and take an interest in us.

So why would it be any different with our dogs?

From the moment we bring our Golden fur baby through the door, we shower it with affection and love (at least, I hope all people do). And in doing so, a precedent is set.

No, that’s not a bad thing.

But it does set the stage for expectation.

Golden Retrievers are affectionate dogs, and we love to spoil them. The breed is also sensitive and gravitates towards positive reinforcement.

Positive reinforcement can take many forms. Sure the obvious one is a treat, but a toy or game of tug and a good old fashion scratch behind the ears can rank right up there as well.

So, it’s not hard to make the leap that Goldens enjoy sharing the couch, snuggles, and pets because they were provided those positive things right from puppyhood.

And it goes beyond just affection as well. We comfort our dogs when they’re sad, scared, or sick. We do the same thing with our children.

And like children seek out cuddles when it’s needed – be it for affection or comfort, the Golden Retriever does the same.

I’m sure many, if not most; owners can attest to a Golden asking for a cuddle during a thunderstorm or some other frightful moment such as the garbage truck startling them with air brakes.

And who can blame them?

Everyone needs to be comforted at times. And snuggling on a couch with a family and getting scratches and belly rubs is a blissful thing.

Love, comfort, and affection make our Goldens feel good, and who doesn’t want more of what makes us feel good – dog or not.

It’s in Their Nature

The Golden Retriever is one of the most popular dogs. According to the American Kennel Association, the breed has been in the top ten for decades.

In fact, the Golden Retriever has ranked third in popularity for decades.

And it’s with good reason the breed is so popular. The Golden Retriever is friendly and affectionate.

Highly intelligent and well-suited to homes with kids and pets alike, it’s no wonder that people gravitate towards such a warm-hearted and tender breed.

Goldens are eager-to-please and possess a love for life. Golden Retrievers remain young at heart and take that puppy-like behavior well into adulthood.

It’s all these qualities that make the Golden Retriever such a good family dog.

Very few dog breeds have ingrained in them such a desire to connect and seek affection as the Golden. It’s who they are.

It’s the Golden’s nature to want and give love and affection.

And it’s that big Golden heart that makes them so happy to share cuddles with those that they love.

Sure sciency people will tell you that the dog-human bond has to do with evolution and humans domesticating wolves 10’s of thousands of years ago.

That friendly wolves ingratiated themselves to humans and then evolved genetically and hormonally to exploit an evolutionary advantage.

Science tells us that dogs have somehow hijacked our brains to elicit a love response that mimics what we feel toward children.

That humans release oxycontin when looking into the eyes of their canine friend.

I’m sure all of this is true to some extent. But, whether it matters much when you’re sharing a cuddle with your pup on the couch is another thing.

Hormones and evolution can’t so easily explain some bonds. Some bonds transcend logic.

Jeffrey Kluger puts it so well in his Time article Why Dogs and Humans Love Each Other More Than Anyone Else;

“What began as a mutual-services contract between two very different species became something much more like love. None of that makes a lick of sense, but it doesn’t have to.

Love rarely touches the reasoning parts of the brain. It touches the dreamy parts, the devoted parts—it touches the parts we sometimes call the heart. For many thousands of years, it’s there that our dogs have lived.”

And I believe therein lies the real reason Golden Retrievers like to cuddle. Love. Plain and simple. They love us, and we love them. 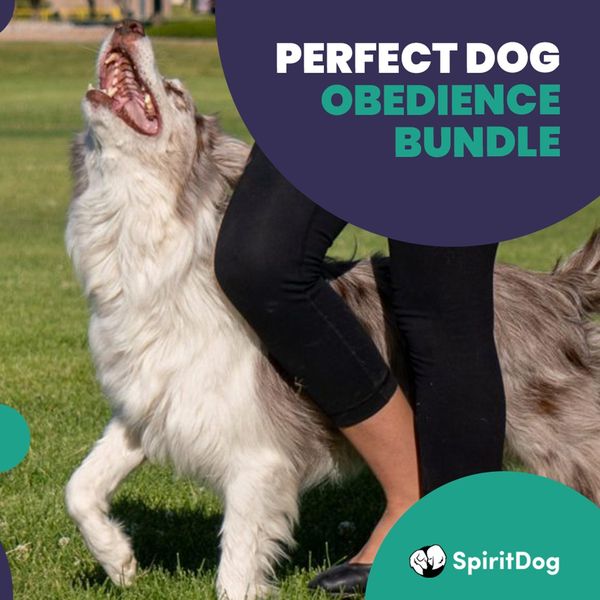